Yatsushiro High School was founded in 1896 (Meiji Era 29) as Yatsushiro branch school of Seiseiko in Kumamoto City. It was taken over by the prefectural government and named Prefectural Yatshusiro Junior High School in 1901 (Meiji Era 34).

According to the reform of the educational system enforced in 1948 (Showa Era 23), its name was changed again to Prefectural Yatshushiro High School. In the next year, it was integrated with Yatshushiro Girls High School and established as a co-ed school.

In our history of one hundred twenty years there have been over 37,000 graduates, and our school has produced a great number of leading figures in political, financial, industrial, educational and other fields. Its long history and fine tradition has cultivated our pupils’ energetic spirits, deep sincerity and independence. 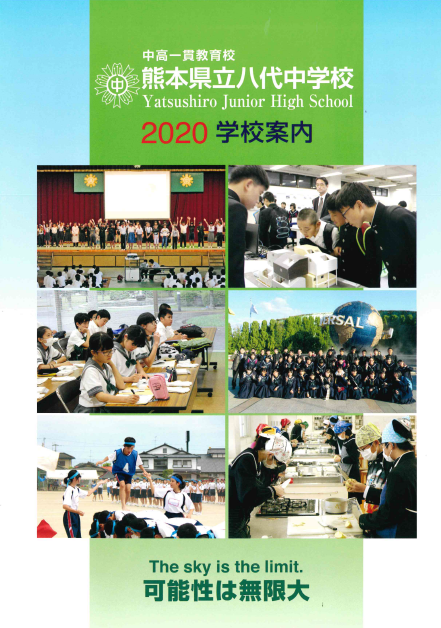